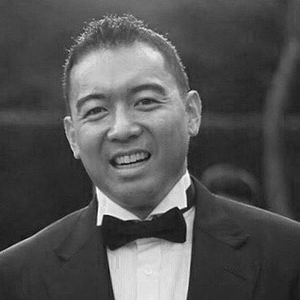 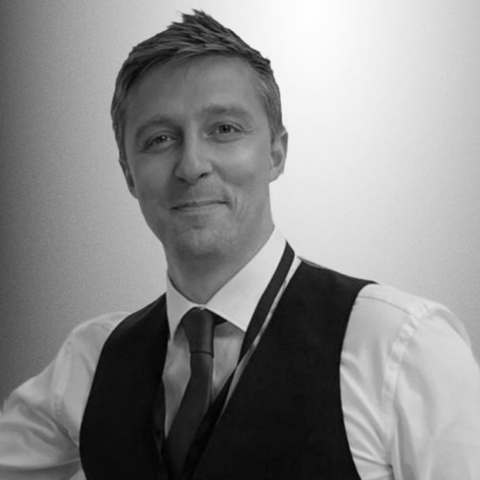 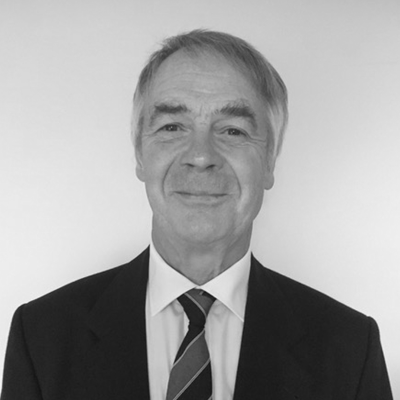 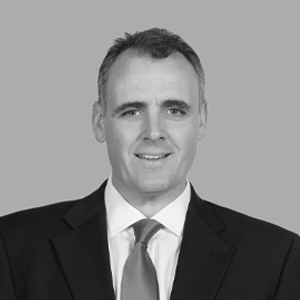 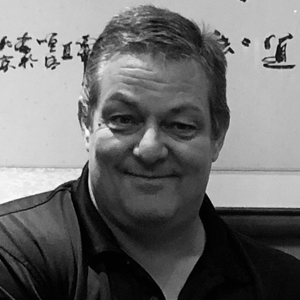 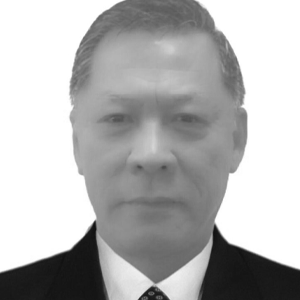 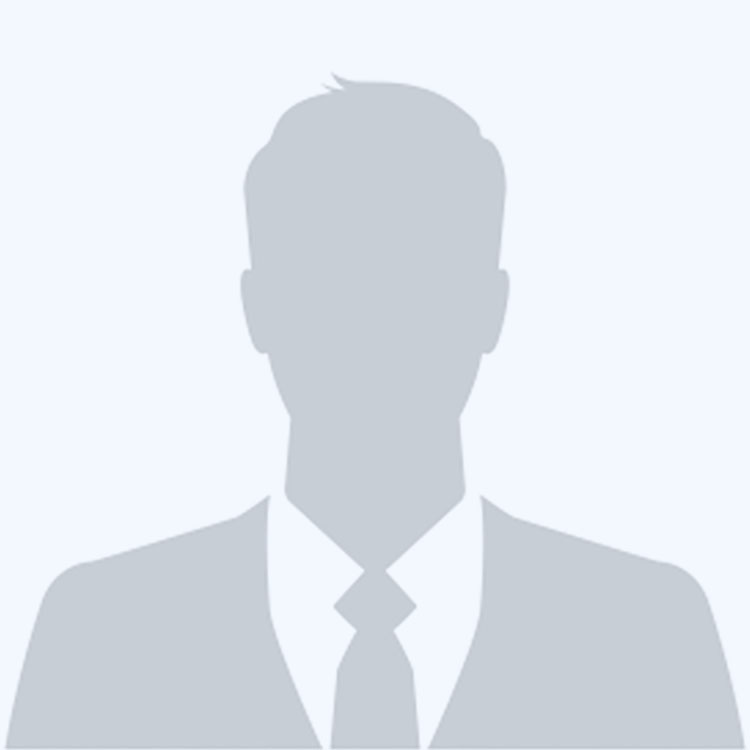 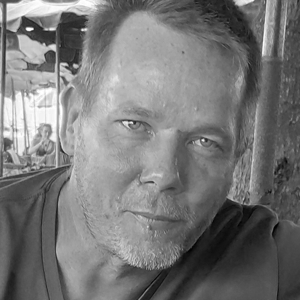 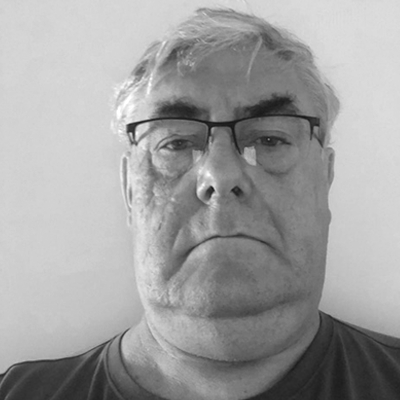 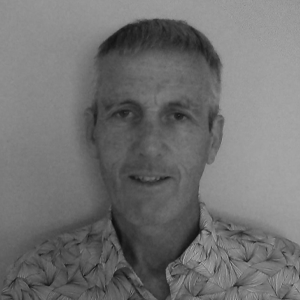 “I’m passionate about my health, physically, mentally and spiritually. Keeping a balance between my work, social and recreational life is important to me. Relationships are a key factor in my life, one of the most difficult areas to be successful in for any person. I aim to remain humble and teachable at all times.” I started my working career at the age of 15 washing dishes in a small restaurant in Cornwall, UK. I worked my way up to restaurant manager and did so in the next three establishments I worked in. Seven years in Hospitality & Catering doing split shifts and at one point 17 consecutive weeks without a day off showed me what hard work was all about. I’ve kept the discipline and hard working attitude ever since. Once I moved into sales and marketing my hard working attitude paid off. I started my first business when I was 23 years old. I was hooked into the entrepreneurial world immediately. Along the way, I have tried and failed over and over with businesses, partnerships and investments. Each lesson I learnt from failure placed me one step closer to success. I am a firm but fair and generous leader. Fah Mai Holdings Group, Inc. is the product of all my experience

“My parents raised me in the Cornish countryside and sailed me around the world. Today I continue to appreciate the outdoors and enjoy exploring the world with family and friends.” Daniel had his first taste of the business world during his work experience stint with Benfield and Greig Re-insurance brokers in London, whilst studying at Sedbergh boarding school. Before Partnering with Louis at Fah Mai Holdings Group, Inc. Daniel created and successfully exited his own private antiques investment fund. As President of Fah Mai Holdings Group since 2017, Daniel is responsible for the companies’ global sales and marketing strategy. Contributes to the strategic direction and ongoing operations and continues to form new business and partnerships as well as having a sharp focus on alternative asset analysis. Daniel has a keen interest in Charitable work. One of his most notable fundraisers led him to bicycle from Dover to the Black Sea visiting Rotary Clubs along the way to promote the awareness of Shelter Box and the life-changing work it does. Daniel supports Fah Mai’s direct action approach in offering ‘new hope’ to those in need. He enjoys spending time with children at the ‘Mercy Centre’ and looks forward to seeing the Hope Fund grow as Fah Mai does.

“I have two mottos that best describE my attitude to work and have shaped the way I preform as both an employee and as a Business owner. ‘You’re only as good as your last job’ and ‘it’s only a problem if you can’t find a solution’ ” Since graduating university in 2005, Paul has predominantly been working as a freelance photographer, studio manager and media consultant. Photography and creative media was Paul’s first love and has been a continuing theme throughout his life. Paul set up and ran his own photography studio until relocating to Bangkok. Paul has worked as an assistant photographer on major advertising campaigns and lighting assistant for several TV commercials and music videos. Paul has also spent time teaching photography, both privately and at Truro College. Although these are just footnotes to his experience and employment history they have provided him with many valuable lessons and experiences in teamwork and leadership, self-motivation, time management and communication with co-workers. In late 2015, Paul relocated to Bangkok, Thailand to work as Executive Manager for Euro Façade Tech Thailand. A lot of his previous experience was invaluable. His experience with photography, graphics, video and media was a huge asset in creating our promotional material and social media content creation in house.

My name is Declan Ruttledge from Perth Western Australia. I was born on a dairy farm in the west of Ireland, and completed a Fitter and Turner apprenticeship after school. I then emigrated to Australia mid-eighties. I played Gaelic football in Ireland and Australia and represented Australia in Gaelic football in 1985. I also ran a few marathons and a couple of 110km endurance runs. I have ridden about 300km per week for the last 20 years. I always worked in my chosen trade, in my current position with BHP for 25 years. I have 4 children and a grandchild. I invested in residential property in Australia and I am a cancer survivor.

Graham is the COO of an Asian based energy services company. Prior to August 2019, Graham was employed by major US listed energy services companies for over twenty years in operational and technical leadership roles in the UK, USA, Middle East, Africa and Asia. He has served on the Board of Directors of The Society of Petroleum Engineers (Thailand Chapter) and spends his weekends coaching the KL Tigers Under 11s Rugby Team. Graham is based in Kuala Lumpur, Malaysia and enjoys getting home to Aberdeen, Scotland as often as possible. Graham has a degree in Mechanical Engineering and Business Management from the University of Strathclyde, is a current Executive MBA student also at the University of Strathclyde and brings his extensive international business experience to the Board.

Born 1964 in Ipswich Suffolk England Moved to Eye in Suffolk at the age of 9 Left school age 16 in 1980 and joined the family Meat Trading Business. 1990 assumed full responsibility for the family business and employing my father as he had no want to grow the business any further than it was. 1994 joined forces with my Brother Chris to form a better opportunity for both our families and C&K Meats was formed, we incorporated in 1996 and nearly went into administration, we fought for our business and climbed out of this bad period. 2000 we bought a old abattoir from our supplier as they wanted to close and we saw more opportunities to control our supply chain and add a strong story of farm to plate (know where your food comes from) This being a very successful move, we decided June 2003 we needed to grow the business more, but with the current site being very antiquated, we needed a new site to build a new state of the art Abattior that would stand us in good stead for the next 10/20 years. After a long battle with local council we achieved our goal in 2010 with the completion of our new facility and opening September 2010. After a tough start due to the world financial collapse and some 18 months into our move, we started to see some doors open as we always went with high value products. 2013 saw a real opening in exporting, as a result in attending a Food Show in Hong Kong we realised our products and the food security we offered of Farm to Plate really sat well in Hong Kong, this was soon followed with openings in Singapore, Philippines, Japan, Oman, Dubai, India, South Korea and Taiwan. With these moves into new markets and attaining exporter of the year for the whole of the UK in 2015. 2017 then followed with winning a Queens Award for Exports. 2018 then came interest to acquire C&K Meats from a company in Mainland Europe. From 1996 to 2018 we had taken C&K from a start of £600K turnover with 4 staff to a £26 Million pound turnover and 140 staff in 2019 when the sale of C&K had been agreed.

After graduating with a degree in physics in 1977, I worked for a large company for 2 ½ years before setting up my first limited company working as an engineering consultant. I then backpacked around Europe and across Asia for 12 months before returning to the UK and deciding it was time to settle down to a working life. I’ve lived in Germany, Italy and Indonesia and speak the languages, along with French. On return from Indonesia, I started up an engineering company which I still run. I saw Fah Mai as an adventure and a completely new directionI used to do a lot of diverse sports –being in the county rugby squad, coming seventh in the national athletics etc., but cartilage problems have reduced my ability to push it so hard so I now do more SCUBA diving and other more sedate activities such as quality testing whisky. IU play ther piano and guitar and have always been in a band of one sort or anotherI am responsible for running the website and co-ordinating and managing the stocks of cask fractions.

I live in Accrington, Lancashire. As part of my secondary education, I served time as a machine tool fitter and further education at Accrington College of further education in Mechanical Engineering. In 1969, I graduated and joined the family firm which specialises in making tools and die casting. I became a director in 1974 and I am also the President of the Diecasting Society. I enjoy playing golf and have played for 62 years. I have captained and have been the President of my local golf club.

My name is Petteri Stenberg, owner and creator of a very niche market multi national staffing agency. Outside of work I enjoy working in my workshop; wood working and metal working, creating anything from sauna rooms and furniture to abstract art.

Jenson Chan is working in a Local Defence Automotive Industry for more than 40 years. He is currently holding the post of a Assistant Manager. He have successfully managed many oversea work assigments, leading a group of engineering staff insetting up a vehicle upgrading productionline, vehicle retrofitting works and inspection of specialised wheeledand tracked vehicles. In his dedication and outstanding performances throughout his years of services, he was twice awarded the “Model Employee of the year”certification in 1993 and 2011.Currently, he is involve in the start up of a production assembly for afleet of Automated Guided Vehicle for the local shipping port. In his spare times, he likes travelling, sightseeing and an occasional golfer